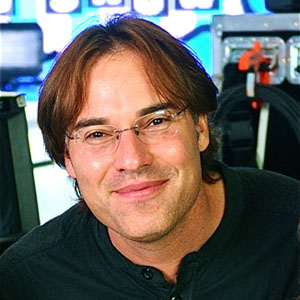 Alex’s background is as eclectic as it is impressive. Raised in Woodstock, New York, Alex started his career as a cartoonist for SPY Magazine and as an interviewer for National Public Radio’s “All Things Considered.”  He earned a BA in Film and Classical Mythology from The State University of New York at Binghamton and studied cartooning and illustration at The School Of Visual Arts, before receiving an MFA in screenwriting and directing from Columbia University’s Graduate Film Program, where he was mentored by such directors as Milos Forman and Martin Scorsese.

Alex’s comedic short films and scripts have won numerous awards, including nominations for a Writers Guild Of America Award and the internationally prestigious Palme d’Or at the Cannes Film Festival. As a writer and director, Alex’s resume includes music videos, episodic primetime television, movies of the week and several feature films, including the special-effects-laden action comedies Inspector Gadget 2 and Beverly Hills Chihuahua 2 for Disney. Chihuahua 2 is the highest-grossing live-action direct-to-DVD of all time, grossing over $63 million (USD).

With a focus on creating family entertainment, Alex has directed such films as My Date With The President’s Daughter, Tooth Fairy 2, The Pooch And The Pauper, Dr. Dolittle: Million Dollar Mutts, R.L. Stine’s: The Haunting Hour, and Snow, which is ABC Family’s highest rated original film to date. He most recently directed a reimagining of The Little Rascals for Universal. He will follow up this film with a live action/CGI hybrid theatrical film version of the classic cartoon character Hong Kong Phooey, to be voiced by Eddie Murphy and produced by Alcon Entertainment and Warner Brothers.

In addition to his film and TV work, Alex is the author of Zero-G, a science fiction graphic novel to be published by Dark Horse Comics in 2013.